Babe Around Town: A Bond-ing Experience 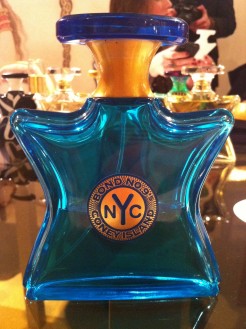 I flew to New York yesterday, and was sent into a downward spiral of what the fuck when I realized that I’d completely forgotten to pack perfume. Smell is literally my favorite sense (after seeing, feeling and hearing) and I feature leaving a fragrance trail wherever I go, so this was not okay. Scent is also the best way to make an impression on someone, second only to a swift slap in the face. Walking around the city smelling like nothing was not an option, so I decided to hit Bond No. 9 ASAP.

For anyone that hasn’t been to Bond No. 9’s flagship store, it’s a must. Not only is the space chic as shit, but also most of the people who work there are foreign and have great accents. This is huge for me, because I always feel more comfortable talking to Europeans.

When I arrived at the store, I brushed past some non-foreigner worker woman who tried to talk to me and made a beeline for James (my personal scent guru) to get a customized blend of Eau de Moi. 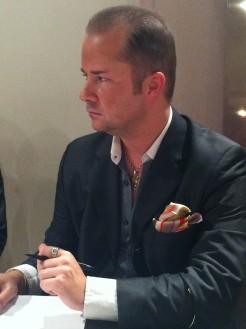 James is hating me in this pic. So cute.

I was scared, lonely, hangry and scent-less, but James did his best to guide me out of this dark place and into olfactory heaven. It wasn’t easy, and I almost stabbed him when he suggested that I try something with “a hint of licorice” because I CAN’T with licorice and he KNOWS this about me, but after five hours we came up with the perfect blend of Babe. So if you’re in New York and you’re walking around and you suddenly smell something that can only be described as heaven meeting hell, you probably need to go take a shower and go see James so he can fix your situation. 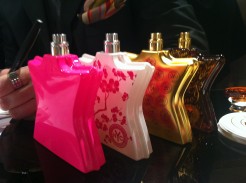 My custom blend. Delish!
LOVE YOU. MEAN IT.

Ask Babe: Get Your Scent Together
The "NO" Outfit
A Babe Walker Tutorial: The Facebook Trick
This entry was posted in Beauty, Lifestyle, Shopping, Travel. Bookmark the permalink.
BUY A BOOK   |  NEWSLETTER