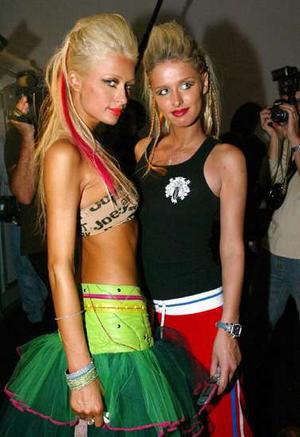 I’m almost 20, my family is loaded, and I can pretty much get whatever the hell I want. I like it.. Obviously. I want to do my own thing, though. I think I want to go into the peace corps or pursue music, but how do I separate myself from my awesome family who gives me anything I want, and learn how to take care of myself?

First of all, have we met? You sound really familiar. Secondly, from the tone of your email, it seems like you think you have to choose between being a spoiled, bratty, rich-bitch-whore and a Patagonia-wearing, granola-eating squirrel, whose sole purpose in life is to help needies in third world countries.

The reality is that it’s not one or the other. In fact, the chicest state of being lies somewhere in-between those two extreme stereotypes. So many people who are fortunate enough to have a favorable financial outlook blow their opportunity to be happy. You can live an exciting, rewarding, and fulfilling life–all the while helping other people and looking fabulous.

Let’s look at an example of a little lady who missed out on an opportunity similar to yours:

Casey was born a billionaire (her family owns Johnson & Johnson and the NY Jets). She grew up going to school with both Paris and Ivanka at different times in her life. She literally could have done whatever she wanted, but instead she decided to be a psycho. Her family cut her off, her hair was set on fire by an angry ex-girlfriend, she allegedly had a penchant for stealing jewelry, shoes, legal documents and underwear. She was even engaged to Tila Tequila at one point. Then she died of a diabetes-related drug overdose in 2010, leaving behind an adopted daughter from Kazakhstan. SO SAD. Don’t be this girl.

Now, let’s look at some shining examples of girls who’ve been born with a silver spoon, but have kept their shit together:

Lauren is the niece of President Bush (not the best look, but you can’t choose your family) and the granddaughter of the more wrinkly President Bush. She could have been a nutcase and gotten a bunch of DUI’s but she launched the FEED project on behalf of the UN World Food Programme to fight hunger. She’s also married to Ralph Lauren’s son, and I don’t know if you’ve seen those wedding pictures, but they are major. Also, she gets points for having amazing eyebrows and marrying someone with the same last name as her first name. I pray every day that I’ll meet a man named ____ Babe.

Aerin is the granddaughter of Estée Lauder (RIP, obsessed w/ Advanced Night Repair, love you!) and is the SVP/ creative director of the Estée Lauder brand. Now she’s launching her own lifestyle brand, and you should probably send her a handwritten thank you note for her role in creating the Tom Ford beauty brand. Basically she’s everything.

Now let’s look at someone who’s truly fulfilling her potential. Someone who has made a name for herself despite coming from a wealthy family with all of the resources in the world. In other words, a girl who has risen like a phoenix from the ashes of marginalization and poor odds: 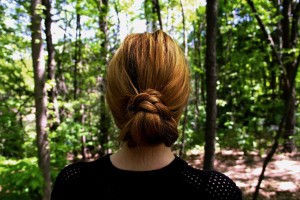 If you can’t live up to the Laurens and the Aerins of the world, just be more like me. I love my family and they are super generous and amazing, but they sure as shit don’t pay for my Pilates.

See, you don’t have to go all the way to the Netherlands (or whatever impoverished nation you have in mind) to help people. You can make a difference right here. But learning how to balance what is given to you and what is earned by you, is ultimately up to…you. Make some decisions about what you’re comfortable in terms of family assistance and then stick to those guidelines. If your family helps you with one thing, make sure you work for something on your own. As long as you stay close to a 1 to 1 ratio on earned/gifted scale, and avoid picking up a cocaine problem along the way, you’ll probably be fine.

Good Luck with everything.

You're A Babe: My Letter To Baby Blue
You're A Babe: Christy Turlington Burns
Ask Babe: Hairapy
This entry was posted in Actresses, Ask Babe, Beauty, Celebs, Family, I Am Fashion, Philanthropy. Bookmark the permalink.
BUY A BOOK   |  NEWSLETTER