An Open Letter to Demi Moore 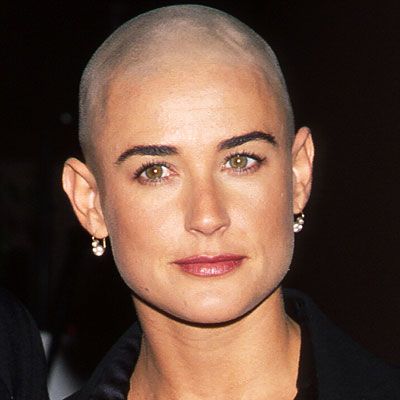 Today I got a Google alert that you’d entered Cirque Lodge. I’ve been monitoring your ups and downs meticulously since the day you “smoked something.” First of all, let me say that I feel for you. I know how scary it is to enter a new space, which is a cabin, located in the middle of nowhere, that hasn’t had ever known the touch of your feng shui master. In my opinion, when you’re dealing with mountainous surroundings, clean lines and minimalistic/mid-century modern touches can really take a facility to the next level. Also, a ski-in, ski-out option can’t hurt. Cirque features neither of these–it’s hard, I know. Add to this that you feel alone in your recovery, and the guy who drove you to Cirque is someone you’ve never even met before who has the shittiest coke that only half-works and is probably a combo of baking soda and a de-worming agent, and you have yourself a recipe for the worst day of your life.

Because I imprinted on you when I watched Ghost for the first time, I know what you’re going through, and I know that the next two days of coming to terms with the exterior/interior design elements are going to hurt worse than the DT’s, so maybe take a Percocet? If this one girl named Priscilla is still there (which she probably will be because she’s a psycho) her hiding place for pills/weed is in the tank of her toilet, floating next to the bag that holds her gerbil. Try not to look at him in the eyes, it will be too much to handle.

Okay, enough negativity. What pointers can I give you to make your stay more palatable?

1. Avoid the couches next to the huge windows in the main lodge. They smell like shit because so many patients have barfed and cried on them over the years. There’s a really great leather chair by the fireplace that you can drag onto the deck–this is perfect for looking at the mountains and chain smoking Marlboro Lights while giving everyone around you the silent treatment.

2. If you have the displeasure of working with my old therapist Jackson, tell him to lose the fisherman hats. Hopefully after hearing that from you, me and Kirsten Dunst, he’ll finally be able to take a hint.

3. Definitely do the Helicopter Therapy. But try and go alone so you can get naked and chant your mantra on the mountaintop, otherwise people get really weirded out.

4. I donated a horse of mine named Mischa to the Equine Therapy program. DO NOT RIDE HER WHEN YOU’RE ON MUSHROOMS. I’m telling you, she’ll freak out.

5. Take a journal with you, so you can write a memoir, like I did.

At the end of the day, I get it. I’ve been there. And the scary thing is that it’s only going to get worse before it can get better. But you know what? It will get better. Look at it this way: if you leave after 30 days but tell everyone you’re staying for 60, you might be able to squeeze in a few plastic surgery tweaks that will leave you looking better than ever.

Babe On Film: The Witches Of Eastwick
My Boyfriend: Matt D'Elia
An Open Letter To Paris Hilton (The DJ)
This entry was posted in Actresses, Celebs, Vacations. Bookmark the permalink.
BUY A BOOK   |  NEWSLETTER