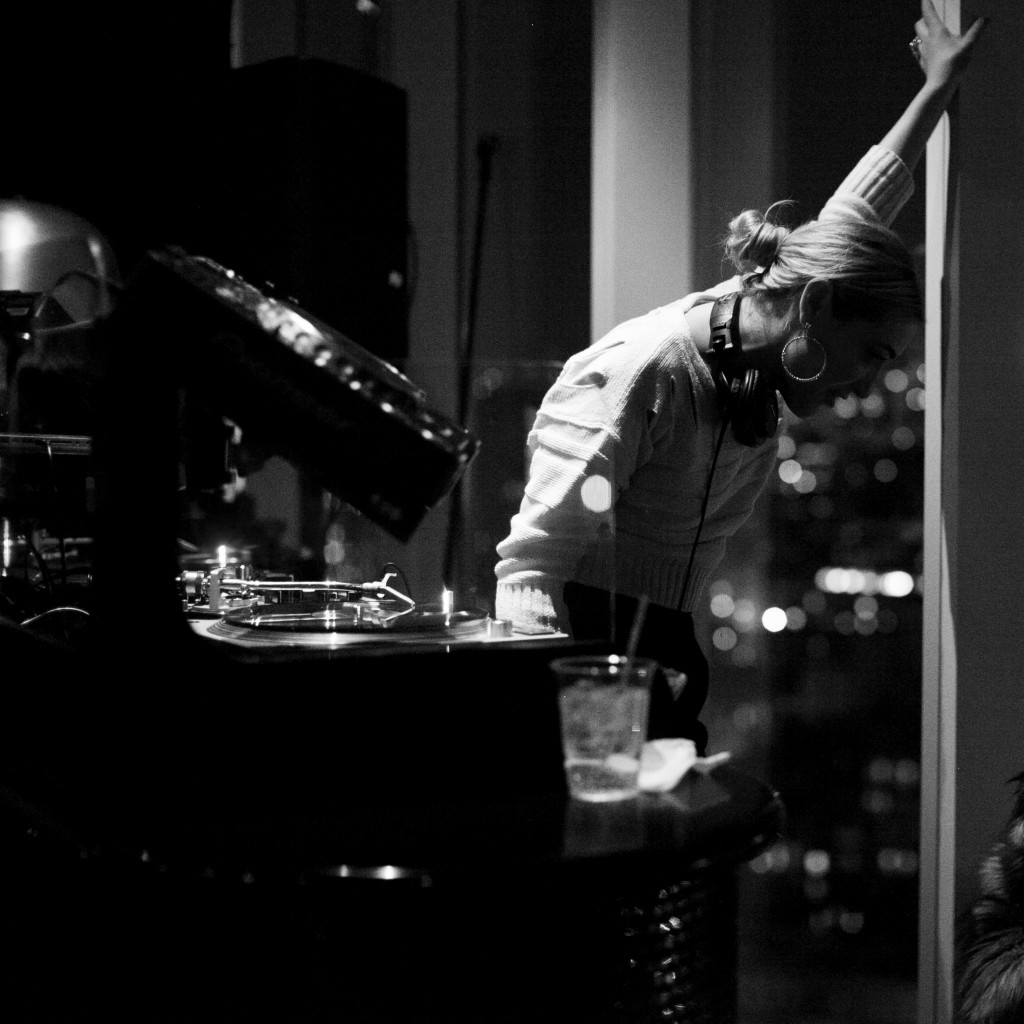 When I was in NYC for Fashion Week (it was dark, I don’t want to think about it) I ran into this DJ friend of mine named Mia Moretti. We’d never actually met before. I mean, I’d met her like, maybe six times, but  it’s hard to process someone’s true essence until the 7th or 8th time you’ve met them. I consider someone I’ve met once at a party a total stranger, even if we did do a ton of coke together.

I literally knocked into Mia on the street as she was hailing a cab and I was hailing two cabs (one for me and one to follow me in case the first cab didn’t work out). Our collision shook me to my core, as I’m not used to touching things that I don’t recognize, but when I looked down and saw her little body lying there on the corner of 13th and Washington, ipad, Macbook Pro, and handgun splayed out on the concrete, I knew she had to be an acquaintance at the very least because she was wearing 90’s Marni. I helped her up (which really hurt my back actually) and told her to get her shit together, because we were going to grab a drink. Then I took her to one of my fave little spots in the city and interviewed her because I felt like asking someone a whole bunch of questions….

Babe: Hi, Mia. I hear You DJ’d my book release party, which I slept through. What were you wearing? I mean I obviously saw pictures but I couldn’t figure out what you were, like, wearing.

B: Oh, that’s right. It was super chic. Have you ever met the Mulleavys?

M: Probably just in a past life.

B: What if you were stuck in a hospital bed, paralyzed from the neck down and you only ever got to hang out with your nurse? Which Mulleavy sister would you rather have as the nurse? Like, which one would you rather be stuck looking at all the time?

B: Don’t they seem so nurse-y?

M: They went to Berkeley, which is where I grew up, so I always got more of the California-hippie-parent, fashion-maiden vibe, but maybe I’m projecting.

B: Weird. Anyways, thanks for coming with me to the roof of the Standard Hotel. I like to scare the shit out of myself sometimes, so I thought this would be the perfect place to hang out and have a few vodka vodka’s. I see you’ve brought your boyfriend. What do you have to say about that?

M: Yes but more importantly, do you?

B: Obviously. Do you love him more than you love music?

B: If you were deaf, what would you do instead of DJing? Or maybe deaf people can DJ. Is that a rude question?

M: You’re blushing. Do you need another vodka vodka?

B: I lost my virginity to a gay man, so they all have that effect on me. Yes, I’d love another vodka vodka. I’m starving.

(We order another round of drinks)

B: Why did you dj my party?

M: Because you told me I was the chicest person you knew.

B: Did you have fun?

M: I did but I pretended to be miserable.

B: Did you wish it was your book party and not mine?

B: Have you ever written a memoir?

M: That’s like, a diary, right? Should I publish it and call it a memoir?

B: Well, if you do I’ll totally help you if you need me to. It’s kind of much harder than you think. So, do you prefer New York sober or New York drunk?

If you’re not an idiot, you’ll check out Mia’s shit.

Babe Walker's Guide To Election Day
Ask Babe: Bonnaroo
Ask Babe: The Bald and The Beautiful
This entry was posted in DJ's, I Am Music, Lifestyle, You're A Babe. Bookmark the permalink.
BUY A BOOK   |  NEWSLETTER