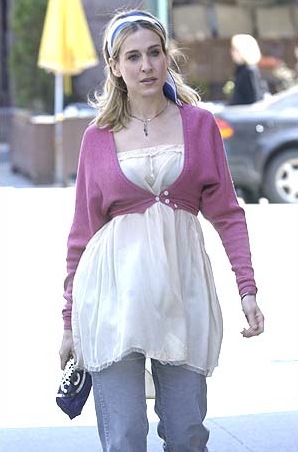 I’m newly single, moving to a big city next month, and looking to get inspired on the dating scene. What kind of guys should every girl date in her lifetime to become a more well rounded, chic individual?

When you say, “big city,” I hear “New York/LA/Chicago.” Hopefully this is what you mean, otherwise, I’m wasting my time. If I find out that you’re moving to Minneapolis, you’re gonna have one angry Babe on your doorstep waiting to administer a stern slap, followed by a limp (but heartfelt) hug, because I despise having to slap people.

Spreading your wings in a new city means dating lots of guys you’re not into/hate until you finally date the one guy you’ll love forever, but eventually scare away (please call me, Robert. PLEASE. Even a text/email/letter would be fine). So prepare yourself for the following duds:

This will happen to you, because it happens to every girl at some point in their life: You’ll meet a guy who’s into you, who seems cute and trustworthy, who seems tall enough. Then you’ll realize he’s a midget. Then you’ll spend way too much time trying to convince yourself that the relationship could work, and that you’ll be fine wearing flats for the rest of your life. But it’s not going to work because a lifetime spent in flats is not a life worth living. Date a short guy for 24 hours, just to reaffirm that you’re alive and out there. Then break up.

This guy will try to sweep you off your feet with his Maserati and his sleek apartment and expensive dinners, but so what? Maseratis are like, the least smooth rides out there–it’s literally like being driven around in a horse-drawn carriage. Also, you live in a chic apartment that your parents are probably paying for, and you don’t eat dinner, so this guy is only really good for sex. If he has a big (but not massive) penis and he’s tall with nice hands and good teeth, date him for four to six months.

Once you’re done with the rich guy, you will most certainly find yourself in the bed of an ambiguously unemployed, albeit gorgeous, individual. You might even end up getting a tattoo of his name somewhere on your body. You will be blinded by what you think is “love” but is really the smell of his roommate’s dirty sheets that he’s using as a door, because he lives in a loft downtown with five people that can hear (and are always listening to) you guys fucking. If it’s been a year and this is the case, get out of there. Get the hell out of there. And get that tattoo removed.

There’s kind of no escaping this one. Whatever city you land in, he’ll be there, and you guys will date, and then it will be over. It’s inevitable, just accept it and move on.

So there you have it. But honestly, if you want to be chicer you should date a woman, and if you want to be more well-rounded you should travel a ton. I wish you the best of luck in your new city, and whatever you do, DON’T wear the above outfit unless you want to appear 2,000 lbs heavier than you actually are.