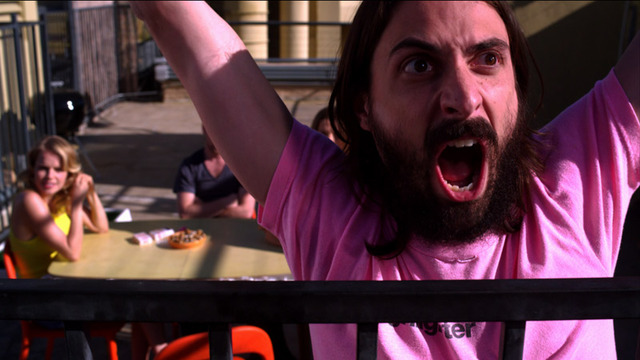 Last night in NYC I was supposed to meet up with my book agent, Byrd, for a drink so he could tell me about all of the people in the “publishing world” that want me to write a second book. I showed up to drinks 15 minutes late because being alone in a bar has never seemed fair to me. As I walked in I noticed that Byrd had texted me last minute to cancel because his kid got sick, or the babysitter died, or his wife was mad at him blah, blah, blah, married life, who cares.

I was about to walk back out to the street when I saw this super hot but super disgusting guy sitting alone at a table in the corner. He was staring at me in a very creepy, yet charming, way. If that’s even possible. Normally I don’t talk to strangers, but he was smoking inside (which is obviously illegal here in NYC) and he clearly didn’t give a fuck, so I was intrigued. Then something unprecedented happened. He called out to me from across the room in a loud and manly voice and said, “Hey. You look really skinny.”

Ummmmmmmmm. I died. I literally almost ran over and mouth-kissed this bearded psycho on the spot. Instead, I decided to play it cool by rolling my eyes and flipping my newly dyed blonde locks in his direction, which obviously made him come over and introduce himself. His name was Matt D’Elia. Matt’s a filmmaker who lives in LA, but is in NYC for the premiere of his new movie, American Animal, that he wrote, directed and stars in. He gave me a screener DVD, I watched it, and I have to say it’s literally the weirdest and most entertaining movie I’ve seen since Titanic 3D. 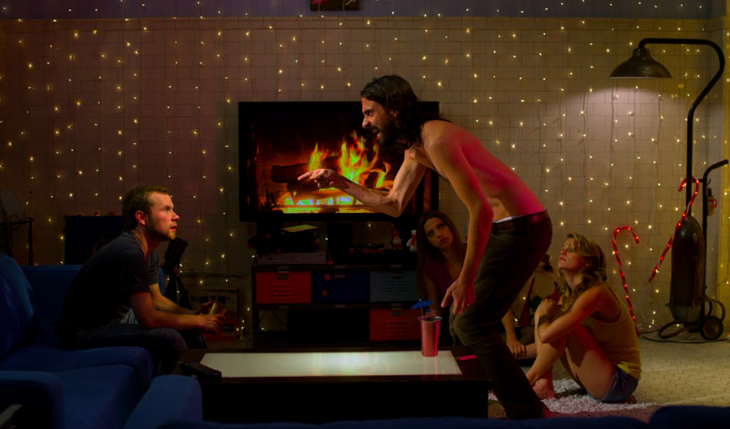 If you’re here in NYC this weekend I highly, highly recommend that you go see it. Tickets are available here. I’m definitely going to see it again in theaters. If you aren’t in NYC then add it to your Netflix queue or follow him on twitter. Trust. Plus you’ll get to meet Matt’s penis, so it’s totally worth it.

Ask Babe: Too Young To Die (Marriage)
Babe On Film: The Crush
My Boyfriend: Charlize Theron
This entry was posted in Animals, Celebs, My Boyfriend. Bookmark the permalink.
BUY A BOOK   |  NEWSLETTER