I love late spring in NY because it’s the beginning of rooftop-parties-and-barbecues-with-lots-of-19-year-old-model/skaters-season. To my dismay, the weather this year has been rude and temperamental as fuck, 80 degrees and sunny one day, then rainy the next. So, I’ve been forced to fly back and forth to New York from LA a lot. This amount of commercial air travel is not only a hassle for my interns, but it’s also taking a toll on my pores. My poor pores. Oh well, I guess this is the price I pay for chasing skin cancer.

I’m back in LA now, but last night I was in NYC for an event at The Standard Hotel for Chandon’s new Limited Edition Brut Classic, which is a teeny bottle of champagne that psychos can even keep in their purse for cab rides and walk-of-shames. 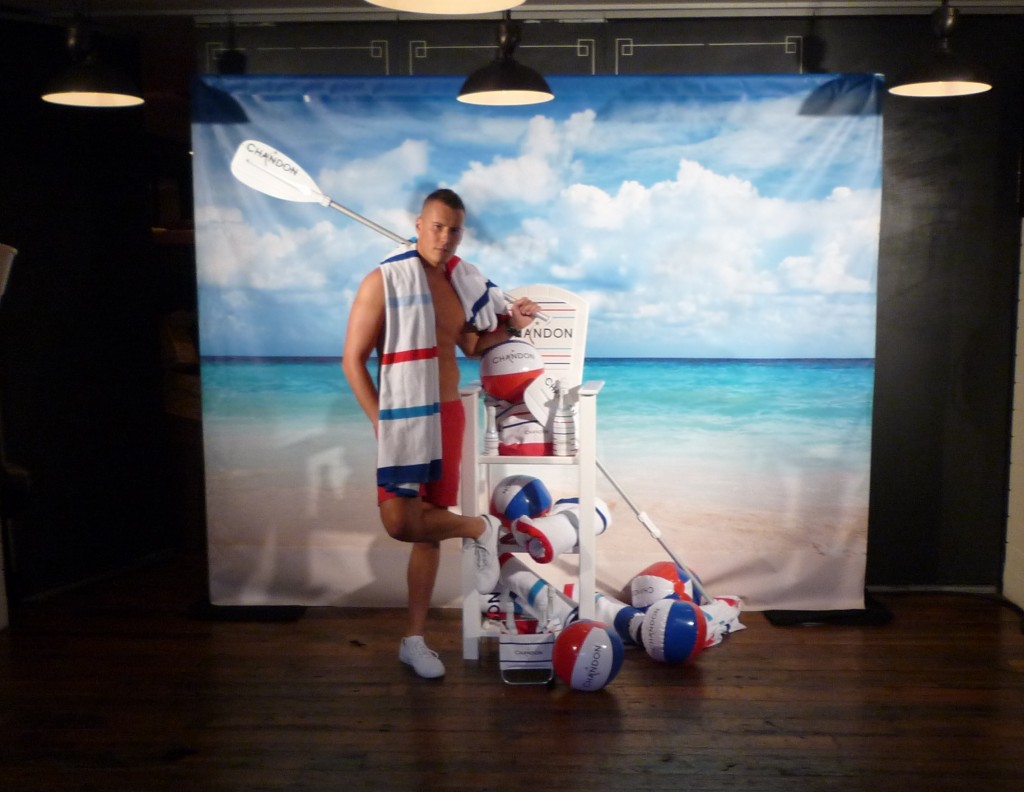 When I got there, a thin person handed me a bottle of this shit with a straw sticking out of it, but I’m no newbie when it comes to straws, so I knew full-well that one should never drink champagne through a small hole with a straw. Long story short, champagne was exploding all over people’s iPhones and fake Birkins. I loved it. There were also a lot of average-looking guys playing ping pong, which, for some odd reason, was making me feel very sexual.

I spent most of my time talking to the waitress/models who were working the event because honestly, I’m sick of networking. 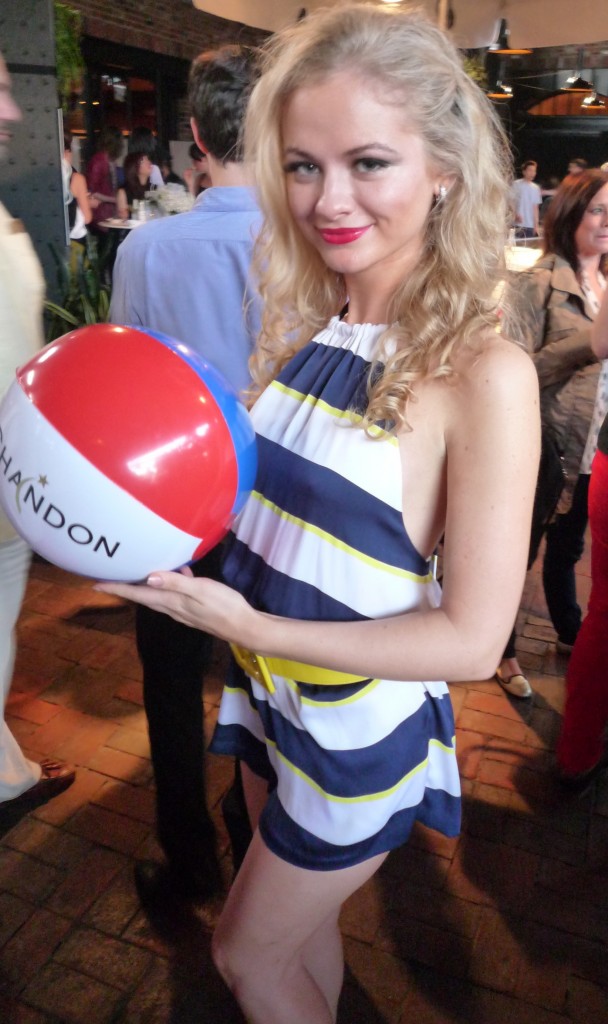 I feature this jumpsuit. It looks like she made it out of a fat man’s polo shirt. I don’t feature a sporting good as an accessory, however. Put that ball down and then we can dance. 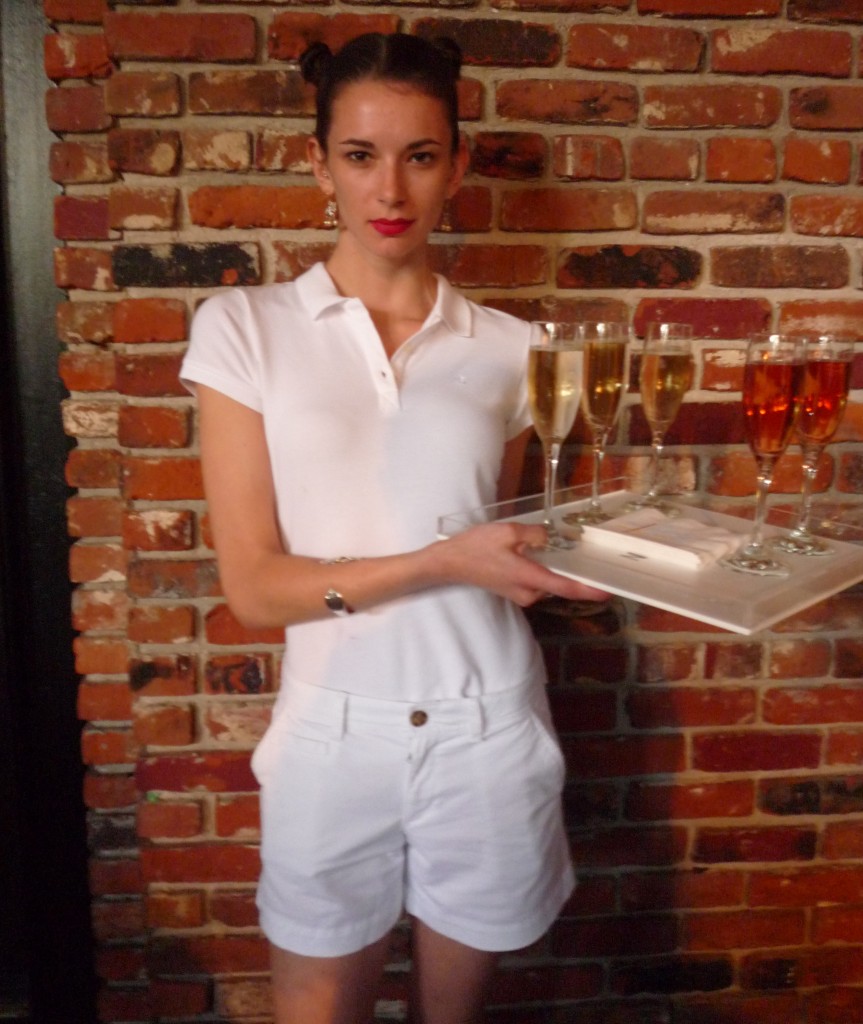 If I was a boy, I’d totally rock this outfit and tight mini-buns too. 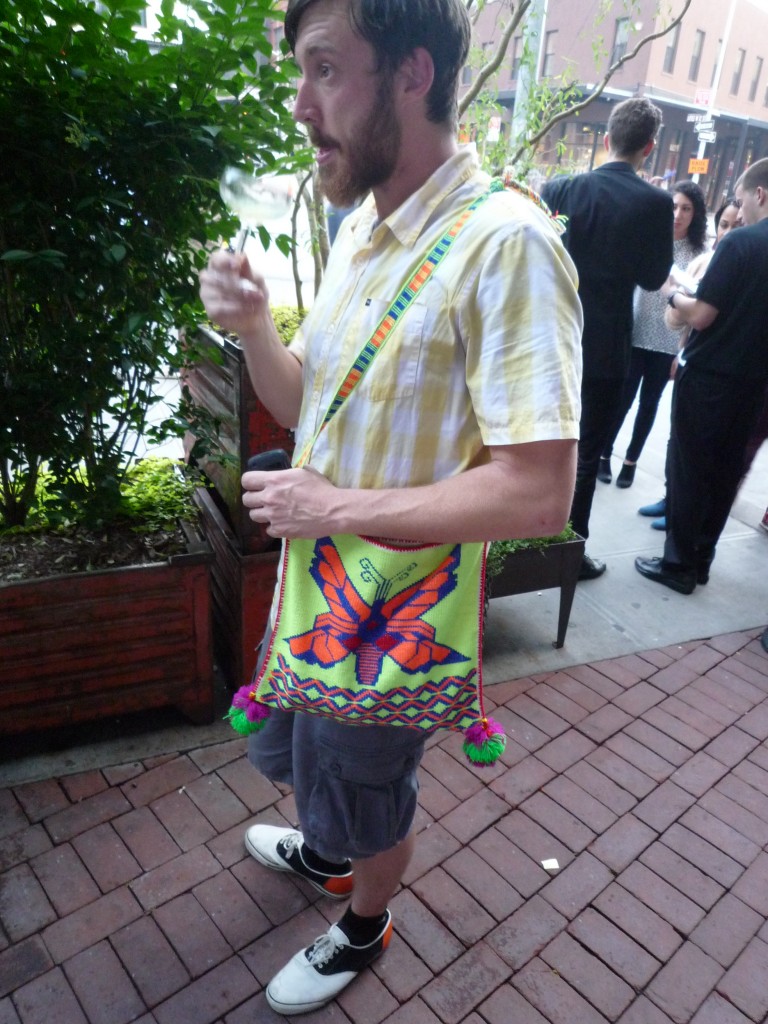 This boyfriend was so mad that I wanted to take a picture of his quirky bag. It was hot. Now that I’m looking back at the photo, I’m not so ashamed that I fooled around with him in the bathroom. I am ashamed, however, that the most recent pic on my phone is this one below…I don’t know what this means about who I ended up with, but I will say that I was nearly blacked out, so it’s not my fault. 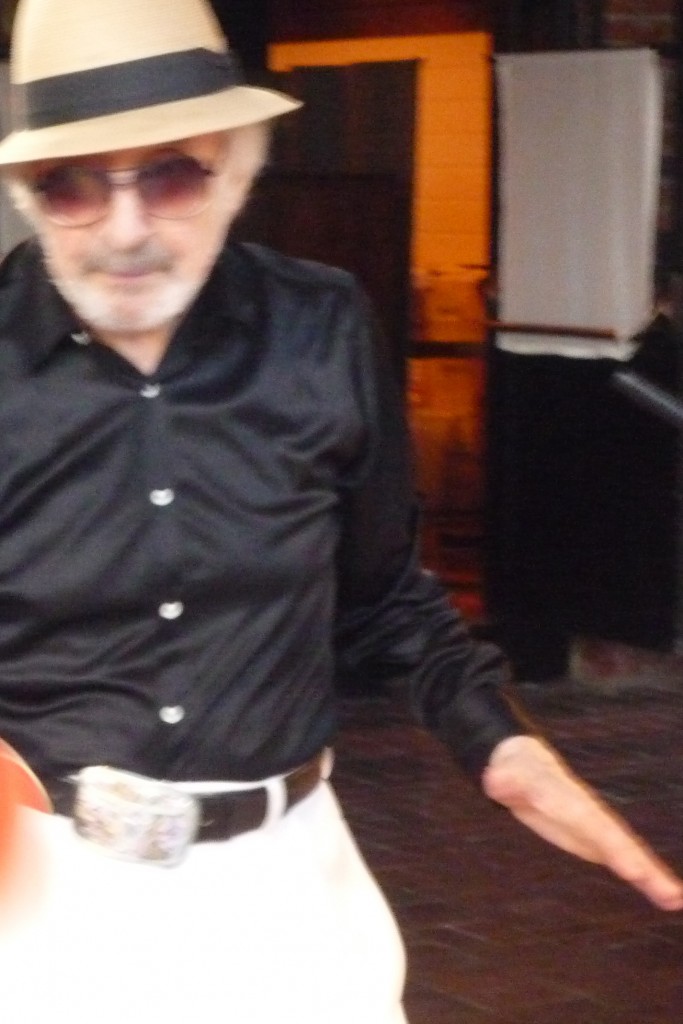 Alright, time to go lez it up…