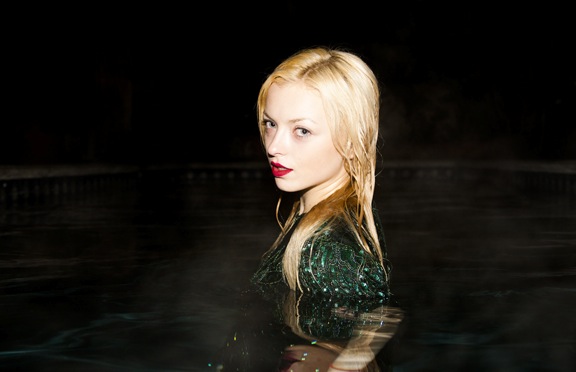 About a year ago, I was at a birthday party in the Hollywood Hills. The party itself was whatever. I was on mushrooms, so I opted to spend the majority of my time there floating calmly in the pool while wearing a Pucci evening gown. At some point in the evening, someone introduced me to a pixie-sprite-fairy of a girl. I don’t remember much about her, aside from being glamoured by her perfect tits (they were really something) and her amazing yellow aura. She said she loved me, and I told her I loved her too, and from that point on we were soul mates, even though we haven’t crossed paths since then. That’s the thing about soul mates–you can meet them once in your life and just know. Or, you can never meet and just know (Hello, Joaquin Phoenix).

Up until recently, I could not for the life of me remember this fairy princess’s name. That is, until I came across these rude pictures. I told you Birkins were on their way out, remember? That’s when I realized that this Birkin-burning babe was Francesca Eastwood, the same girl I met at that party last year! So much has happened since we met. She’s starring in her own reality show on E!, Clint Eastwood is her dad, and she’s dating a photographer, which in my opinion is the smartest/most important thing you can do with your life when you’re 18. The point is, Francesca is a little angel-faced babe, and I’m sooooo looking forward to the next time we meet. Hopefully it won’t be in heaven, because I don’t want either of us to die anytime soon.

An Open Letter To Babies
Fat Betty Draper
You're A Babe: Catherine Baba
This entry was posted in Actresses, Models, You're A Babe. Bookmark the permalink.
BUY A BOOK   |  NEWSLETTER