An Open Letter To A Pageant Queen 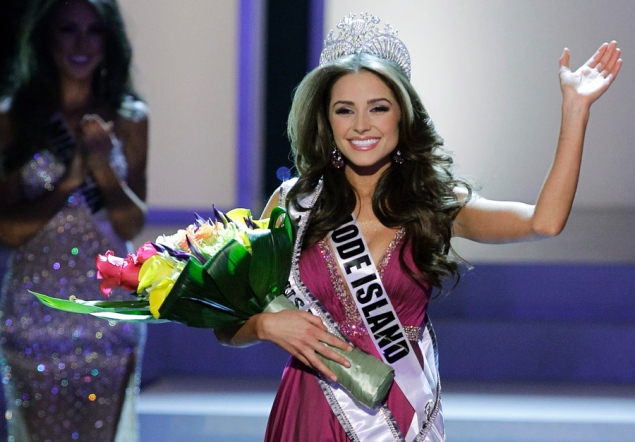 So, I heard that there’s a new Miss USA. I can’t really wrap my little head around the sick fact that people still watch this weird shit on TV, but I’m also kind of obsessed. I mean, personally I think that the women they put in these competition shows look like aliens. Not chic aliens like Gemma Ward or Arizona Muse, but aliens you’d find slowly picking away at a large Pinkberry in a food court in a mall in the midwest. It basically just sicks me out that there are girls there from EVERY state. That means someone from West Virginia is there. Think about that.

Anyways, I wrote an open letter to Ms. Rhode Island, the “winner.”

Dear Pretty Girl, or whatever,

You won. Good for you. I bet you’re super happy right now, or you’re totally depressed and stressed out about signing your entire life away to a rude, old, homophobe billionaire. I just thought that in this time of transition you need someone to be honest with you, someone to guide you, someone who knows what it’s like to be in the spotlight for no real reason. This person is obviously me. So, my advice for you is to be a complete and utter psycho disaster for the next year. Make a shitshow out of your title of Miss USA. Do charity work, be nice to people, blah blah, but make sure to also go out at least four nights a week and do enough snortable drugs to paralyze a lion. This is the last time we’ll ever talk. Bye.