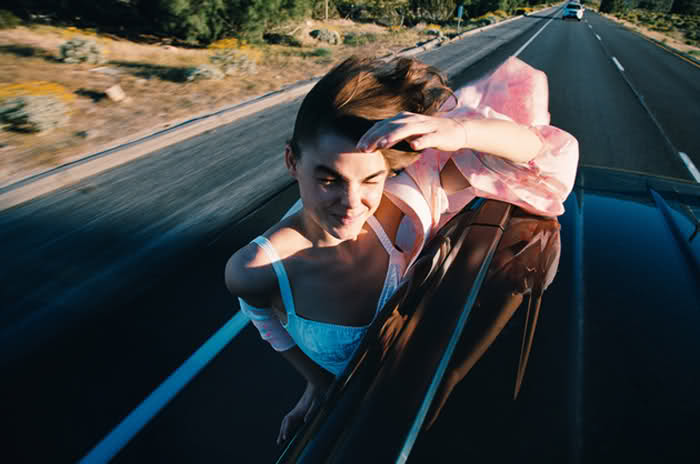 Ok, so I have a major crush on this cutie I started working with. We’re friends on Facebook, so I started messaging him and gave him my number and told him to text me sometime. He gave me his just so I “would know who it is.”  He hasn’t texted me yet, and I was just wondering how long I should let it go before I text him first. Is there still a rule about that? He did give me his number, but I don’t know if he’s into me at all.

Texting is so fucking annoying and archaic at this point, ugh I’m over it. Everyone get’s so weird about texting, it’s like shut up. I wish people could just hear my brainsongs so I wouldn’t have to worry about texting at all. (Brainsongs are something I made up, they are the things you want to say to an attractive someone when you meet them but would never because you’re too much of a pussy. Ew, let’s pretend I didn’t just use the word “pussy.”)

I am of the belief that one should not wait any arbitrary amount of “days” or even “hours” before texting someone they want to french/have kids with. You said it yourself, he gave you his number, this puts you in the driver’s seat. I get that you don’t want to break any fabricated rules that he might  have in his stupid little man head, but you should totally just text him if you want to bone him. Do not, however, send him pictures of your tits or dog yet, that is crossing a line that can never be uncrossed.

Here are some suitable YES texts that have worked for me in the past:

I didn’t want to have to text you first.

This is just a friendly reminder to text me immediately after reading this.

And here are some NO texts that have not worked for me in the past:

You’re so beautiful I can’t stop thinking about our kids.

You’re so beautiful but I feel like we should adopt, just seems like the right thing to do.

I think you should just go with your instinct on this one, I’m sure he’ll come around. What’s the worst that could happen if you text him and never hear back from him? You’ll cry a lot, slap your mom or someone’s mom and you’ll probably eat something that you didn’t mean to eat. It could be worse.