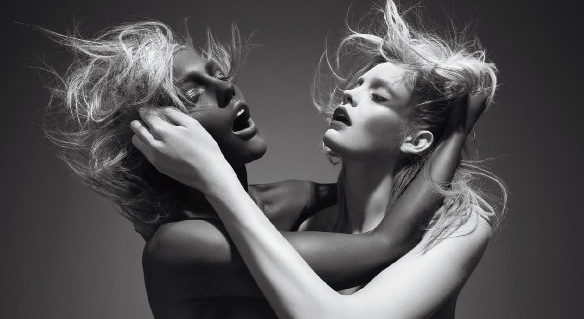 My ex boyfriend and I broke up because he had another girlfriend in another town whom he had only met once. That was 6 months ago. Since then, I have dated a huge dicked artist- but we too have broken things off. My first ex boyfriend called last and offered to be my on-call sex toy. Problem is, he is teetering around with yet another non-comital relationship. Tell me Babe, goddess of all things sex. What do I do?

Let me get your scenario straight. You were with guy #1 and he cheated on you with his chatroullette girlfriend, so you ditched him for guy #2, an artist with a bad face but a fine dick? And then you realized you were bored with guy #2’s artist friends being sooooo smart and creative all the time so you took a picture of his dick while he was asleep, then broke up with him. Now guy #1 wants you to be his Dungeon Master but you’re worried he might be two-timing you yet again?

This sounds like every single girl I’ve ever known. My advice is to lock it up for a while. As in, don’t have sex for a month with either of these people. Figure out what you want, go on a  juice cleanse, buy a puppy and then return to the dating world 6 pounds thinner. Then, and only then, will you be able to make a comprehensive decision.