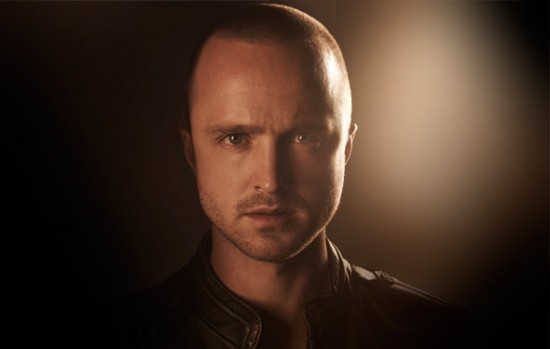 Back when I was in rehab finding my new life, this sort of sick hot guy showed up at the front desk asking for a tour. I was still feeling vulnerable, and he had these eyes and this sort of vague beard that I was into at the time. He had a skull cap on and it wasn’t skiing season, so I figured he must be a heroin addict from a good family.

Underneath his baggy pants he looked kind of cute, so I debated making him my rehab fuckbuddy. As it turned out, he wasn’t actually checking in, but an actor looking at the center to get the full experience of rehabilitation and wanted me to show him around. I had just taken six Adderall, so I screamed “YOU’RE EYEFUCKING MY BLEEDING SOUL” and slammed a door in his face, but later I felt really bad about it and gave him my number.

It wasn’t until I left the center that I realized he was Aaron Paul from this show “Breaking Bad” everyone’s shitting themselves over. It’s about the lives of poor people in New Mexico. It’s dark and amazing and reminds me why you really have to draw the line at doing coke.

Aaron plays Jesse Pinkman, this meth dealer constantly moving to new apartments whose dad (or uncle or guidance counselor or something?) kills his girlfriend. And everyone around him is a bitch, which I really identify with.

There’s a very short list of actors I’d permit to date me (it begins with Fassbender, Michael, and ends with Husband, Gosling), but Aaron makes the cut. He just mass texted me about watching the new season of his show, which was tacky, but it stirred up those same old feelings. I want to fuck him and I also want to scream at him until he buys pants that fit.

Brit Babe: Downton Who Gives A Fuck?
Charity Babe: Doing It For The Kids
Bella and Gigi
This entry was posted in My Boyfriend, TV Shows. Bookmark the permalink.
BUY A BOOK   |  NEWSLETTER