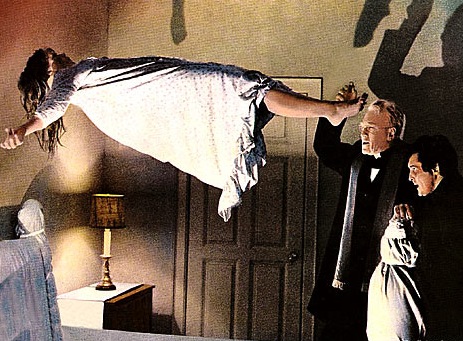 Every time Im about to move on from my ex-boyfriend he keeps popping back into my life. All he does is mind fuck me. He doesn’t even tell me what he wants. How do I play the games back on him? Desperate help is needed from a professional like you.

You have a ghost in you and it’s time to kill him once and for all.

Allow me to dump some truth onto your face right now; most straight guys get off on fucking with our brains and being possessive as much as they get off from actual fucking. It satisfies a different part of their brain, but they still love it. They’re engineered to keep their possessions (new or old) close and they don’t hesitate before resorting to all out creepification in doing so. I have ex-boyfriends from two Coachellas ago who still try to hold on to me via text/email. They think that just because they went down on us on the first date, that we’ll come running back to them the second their name pops up on our phone. The problem is, a lot of girls do. It’s not our fault, but as a modern tribe of vagina-bearers, we could do a better job of making it clear that we are not to be fucked with.

It’s pretty simple. Don’t engage in his games. The next time he reaches out (sends a boner-pic to your phone) simply reply with this:

Then fix yourself a large glass of vodka. Then drink the vodka.

Now, you may not actually mean the above words, but you don’t need to. Think of it as a little acting gig. A scene study starring you being a bitch for a greater cause.  We will never achieve greatness if we play by their psycho mindfucking rules.