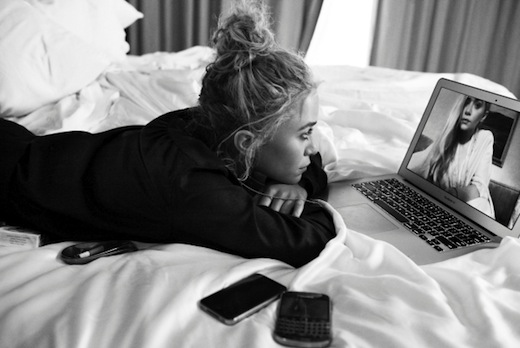 I’m almost 21 and a half and I’ve never been in a real, serious, we call each other boyfriend/girlfriend relationship before. This is what brings me to online dating. I know some people it’s worked for but I feel like I’m too young for this (it also kind of creeps me out a bit). What do you think about it? Am I too young to give up on bumping into Mr. Right on the sidewalk or in the park or is it ok to let the computer find him for me?

Dear Every Girl Ever,

First of all, if you are still telling people that you’re “21 and a half” then I’m not surprised you haven’t found Mr. Right. Secondly, you are one of the six million psychos who have asked me to weigh in on the virtues of online dating. Short answer: it’s totally the creepiest thing ever.  That being said, there might be one exception.

Let me explain: A few months ago, my bestie Genevieve (whose “art” is fucking guys that she meets online) tried to tell me about this “amazing dating site” called How About We. Gen tries to tell me about a new “Amazing” online dating site about once a month so naturally I wasn’t listening.

Then, out of nowhere, I began receiving all of these messages from randos, asking me to go on dates. At first I assumed Perez Hilton had leaked my email address again, but then Gen came clean and explained that she’d secretly signed me up which is a complete and total betrayal but friendship is just a code word for forgiveness after unparalleled cuntiness. Am I wrong? After slapping her a few times, I have to admit that I was kind of intrigued.

So, rather than just looking at someone’s profile and deciding right then whether or not you’d fuck the picture, this cute little site has you propose a date idea to the person you’re interested in. One guy sent me this: “How about we… go to pilates, then sit in a sauna for two hours, then drink kale juice while shopping at Barneys on Wilshire.”

See…that is a date I can get behind. I ended up not accepting because he was only 5′ 6” and gay, but you get the idea.  You learn about the person who is interested in you based on what kind of date they propose for you. It’s actually kind of genius.

I’ve been on a few dates through How About We… and I would recommend signing up. I certainly haven’t met Mr. Right, but I did get to go on a date with a Mickey Rourke through the site. Let me know how it works out for you.

Oh…and if you get a date proposal from a guy named Chuck from LA who wants to take you to a “Cock Fight,” don’t go. Trust me, it’s not what you think. Or… do go. Actually, yeah. Totally go.

Ask Babe: Sports (Barf)
Ask Babe: Flip Flops = NO.
Ask Babe: You Are What You Wear
This entry was posted in Ask Babe, Dating. Bookmark the permalink.
BUY A BOOK   |  NEWSLETTER