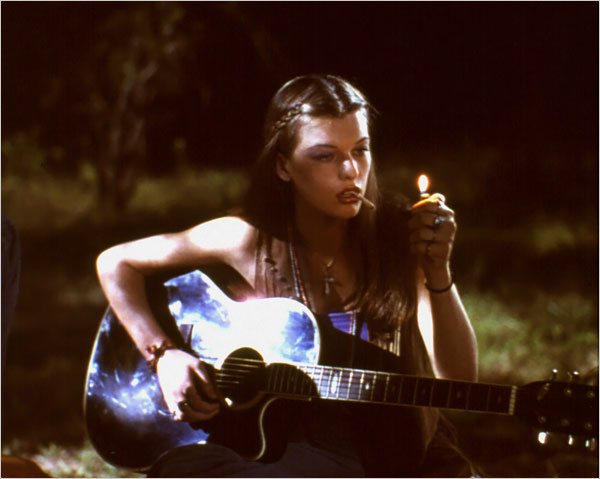 I decided to get super stoned last night and swear I was given the ability to satisfy any and all cravings with just a sip of water (not tap water – ew). Kind of bizarre, no? I just thought really hard about all the foods I’d never actually eat again, imagined eating them, then took a sip of water. Boom. Craving gone.

My friends don’t believe that’s possible. Are they psycho? Am I psycho? Have you experienced this?

I slept for 13 hours and woke up without this capability. So I smoked a bunch of Marlboro’s and watched the predecessors to The Avengers. And emailed you. So it’s whatever. I’ll try again tonight.

It sounds like you experienced what I like to call, “higher learning/awareness.” This is where you reach such a level of enlightenment that you can literally trick yourself into doing anything, including not eating. It’s the best. I went through a two week period of time in my life where I got stoned and did the water trick every day. I even stopped talking to everyone I knew and would just sit around different spots in my dad’s house and garden, zenning out and drinking water. Even though I ended up in the hospital, it was one of the clearest, illuminating two weeks of my life. The doctors were surprised I lived off of water for that long, as most people die after 10 days. The thing is, it was more a mental exercise than a weight loss thing. I became my own Dalai Lama, and I didn’t even lose that much weight. 7lbs. Whatever.

Anyways, your friends are psychos, and maybe someday they’ll see the light. I’m glad you emailed me. As for your proclivity towards superhero action movies…unclear. I prefer Lord Of The Rings.

Also, this is really worth a re-watch. I’m pretty sure Miley has been on the drinking water instead of eating plan for awhile now.

2012: The Year Of Leo
Babe On Boy Bands
Ask Babe: Lana's Back
This entry was posted in Ask Babe, Celebs, Diet, marijuana, Movies. Bookmark the permalink.
BUY A BOOK   |  NEWSLETTER