Babe On Film: Farewell, My Queen 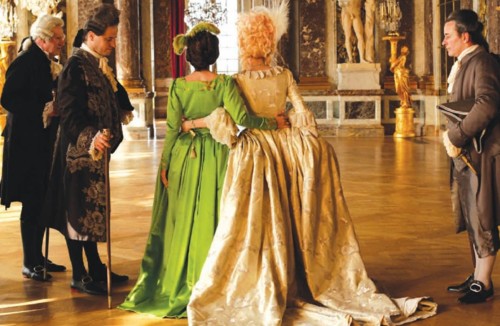 Remember when Sofia Coppola made that movie called Marie Antoinette and everyone made a huge deal out of it because the costumes were amazing and they shot at Versailles, but the movie itself was actually super boring and for some reason everyone in it spoke English?

Well, I don’t because I’ve chosen to strategically eliminate that memory through transcendental meditation/use of Ambien. Ever since Sofia’s betrayal, I’ve prayed that someone else would make a historically accurate, chic film about mon cherie Marie, and this weekend my prayers were answered when I saw Les Adieux A La Reine, or Farewell, My Queen for all you American psychos.

This movie features a trifecta of gorgeous actresses: Léa Seydoux, Diane Kruger (whose bone structure is the definition of perfection, might I add) and Virginie Ledoyen. It takes place during the first few days of the French Revolution. Diane Kruger is Marie Antoinette, Léa Seydoux is her reader, Sidonie, and Virginie Ledoyen is Gabrielle de Polignac, Marie Antoinette’s BFF/lesbian lover. Side note: did you know that Marie Antoinette had a lesbian affair while she was Queen? I didn’t, but I always kind of got lesbian vibes from her. Anyways. Lesbianism confirmed.

When the French Revolution starts, the Queen is super upset because she can’t lay around all day, have Sidonie read to her, and design dresses, because she has to worry about more important things like the fact that everyone in France wants to cut her head off. I mean like, can you imagine? One second you’re lounging around Versailles doing whatever the fuck you want because you’re the Queen and that’s your job and then the next second you’re like, “Shit, everyone in this country wants to kill me? Pack up the jewels and let’s go.” Dark. But real. But so dark.

Babe On Film: The Original Hunger Games
Babe On Film: Jem! And The Holograms
Sunday Prayers With Babe Walker
This entry was posted in Actresses, I Am Film, Movies. Bookmark the permalink.
BUY A BOOK   |  NEWSLETTER