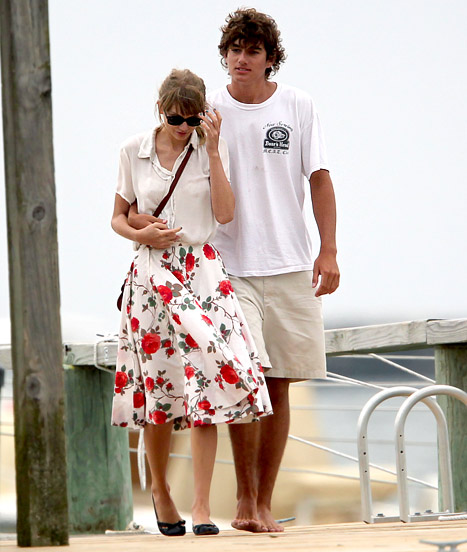 Taylor Swift’s new boyfriend is an 18-year-old Kennedy. Why am I awaking out of the permanent boredom coma she puts me in to type that? Because she just bought a property next door to his summer house. Never mind that he only spends four months out of the year there. Never mind that pretty much all of the good Kennedys are dead or out of government. Never mind that he’s going back to BOARDING SCHOOL in a month.

American women have wanted to be Kennedys since the Kennedys left Ireland. But never before has that desire been expressed so ungraciously.

You know that guy you just wrote a song saying you will “never ever ever never never ever ever in a million fucking years get back together with unless you do but you won’t never ever ever?” Just get back with him. And if he’s dating Katy Perry, then just take advantage of all the dumb hair karma flying around and get some bangs. Both would be less embarrassing then whatever the hell you’re doing right now.