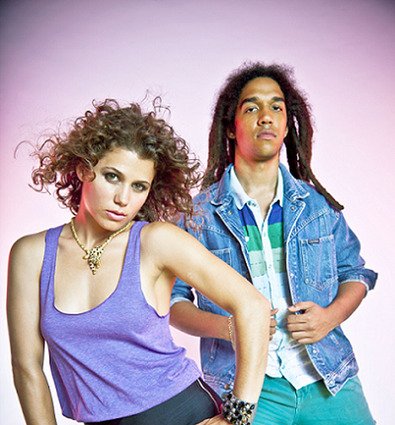 Haunting, echoey vocals. A sick 80’s beat. You wouldn’t think that the sounds of an all-girl choir would mix so perfectly with gay club synth, but they do. I have no idea what any of their lyrics are, but I’ve been listening to their music on repeat for hours and I’m not even close to getting tired of it. It’s everything gross about the 80’s made beautiful.

They only have like five songs, but they just came out with a new one a few weeks ago. Get it here! I promise you’ll be singing them for days, crying and thinking about that puppy you lost at a mall when you were six.

Musique Babe: Die Antwoord
My Boyfriend: Kyle Patrick
Musique Babe: Gnesa
This entry was posted in I Am Music. Bookmark the permalink.
BUY A BOOK   |  NEWSLETTER