FILE: Heidi Montag shows off her post-10-cosmetic-procedures-in-a-day body in Las Vegas. It is being reported that Dr Frank Ryan, who performed Miss Montag’s transformation, has been killed in a car crash 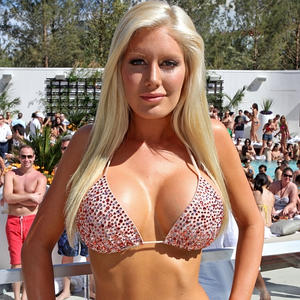