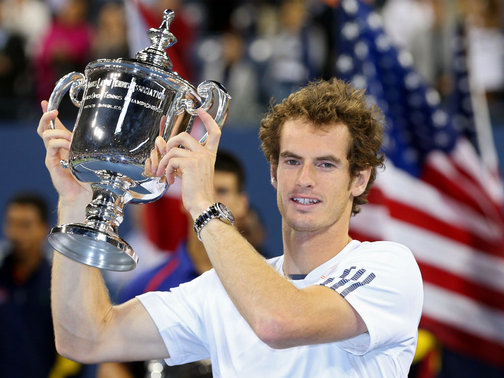 You might assume that the British would win tennis championships left and right. They invented it, their queen goes to it, they generally look good in white, but a British male hadn’t won the US Open in 76 years – until Andy Murray won it this year. He also won singles gold at the Olympics last month and silver in doubles. Overall, he is the number one British male and fourth in the world.

Wow. I hope his trophy room is well designed.

But what really makes him a Babe through and through is his complete indifference to it all. I’ve never seen a contemporary human give less of a shit about fame. Every time I look at a television there’s Andy Murray, slightly grimacing as someone asks him about his girlfriend/what type of hair gel he uses/how similar or different he is from John McEnroe. I think there’s a lot to admire there.

Things I Do Not Accept: Gym Edition
You're A Babe: The Chateau Marmont
You're A Babe: Conner Habib
This entry was posted in Sports, You're A Babe. Bookmark the permalink.
BUY A BOOK   |  NEWSLETTER