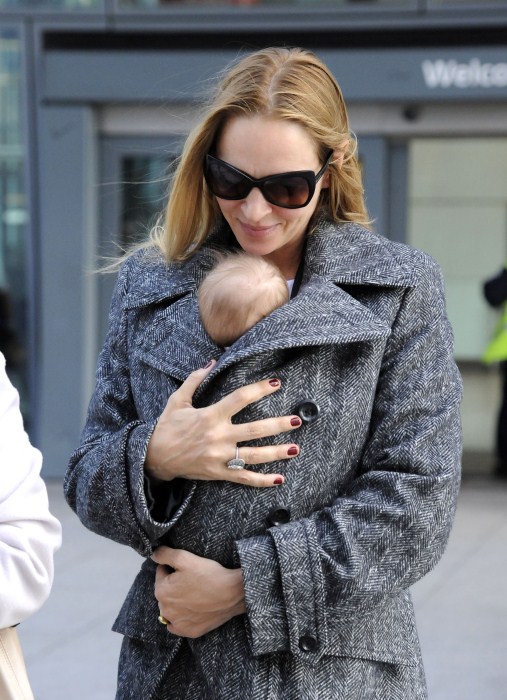 I love my name. It’s more or less the perfect American (slightly British) name for a female child. I’m thankful neither my dad nor my Tai-Tai were celebrities at the time of my birth, because I’m going to be honest, famous people get crazy when they have a baby. Being fat for the first time in their lives (or being next to someone fat for the first time in their lives) makes them panicky. They don’t think things through. They name their offspring the strangest thing they can find online, or the first noun they hear that morning, or an acronym of their favorite Virginia Woolf quote.

For every appropriately named Maddox or Shiloh, there’s a Bronx Mowgali. For every Kingston, there’s a Kael-el. Most recently, Uma Thurman (tall person, ruiner of Ethan Hawke) named her early 40’s-new-marriage baby “Rosalind Arusha Arkadina Altalune Florence Thurman-Busson.” Nicknamed Luna. So overwhelming. Three Sanskrit “A” names right in the middle of “Rosalind Florence,” which is the name of a very popular 1931 seamstress. I’m not trying to criticize the baby at all (whatever, it can’t even look at things yet). I just think naming a baby is a time to make a strong decision. Some of those A names don’t even have meanings. Either commit to the exotic or stick with the old fashioned. If you have to have it both ways, you look like an idiot.

Also, is she coming back to “Smash” this season?