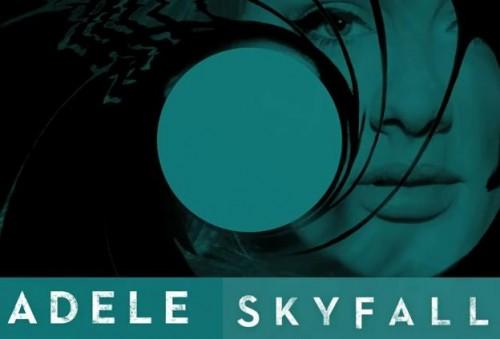 A few days ago, the new James Bond song was released. You can get it here. Get it. Get it there. Or here. Wherever. I wouldn’t bother telling you psychos about a shitty song, but this is especially great. Adele’s voice is fantastic and “Skyfall” the movie looks incredible.

But – I would be careful around this song. I was listening to it on repeat while driving my dad’s 1975 classic Rolls Royce (supposedly only to be used when driving to or from the Oscars, but whatever) through downtown, and I was put into some sort of sexy James Bond trance and bought three motorcycles, fifty-four dark black men’s turtlenecks from Bergdorf’s, three cans of genuine gold paint, a pair of military grade night vision goggles, Jennifer Aniston’s engagement ring, and an Aston Martin.

I returned Aniston’s ring (waaaaaaay too big) and then went home. My dad freaked out at first because he thought I was having a relapse, but then I played the song for him and he hasn’t taken off his vestless tux since.

I assume all of you psychos can afford these same purchases but I just want to warn you that storage on all of these items is a bitch. I guess we’re building a third garage? I don’t know, I’d prefer a fully equipped sauna, but you can’t leave an Aston Martin idling on the curb like a fucking Honda Accord. It’ll get rain spots.  Anyway, the song is pretty good.