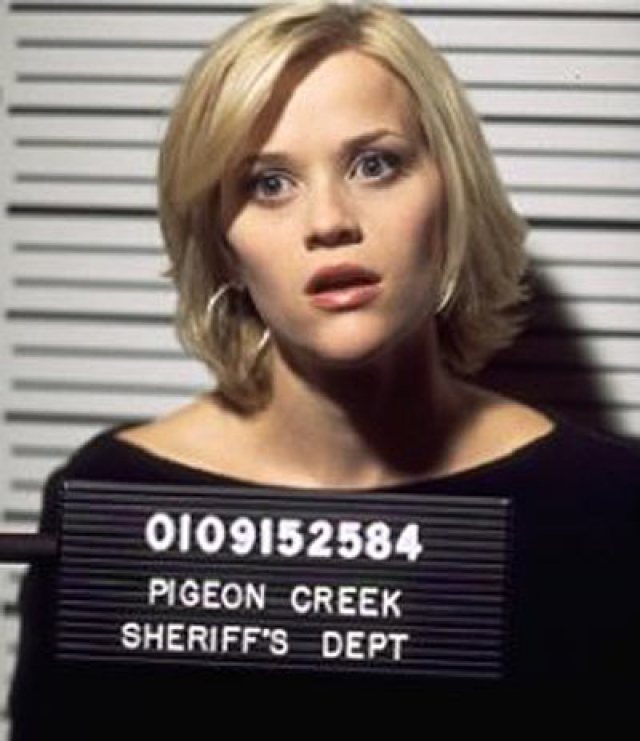 I’ve been arrested.  I have to admit, it was a low point in my otherwise covetable life.  But when you’re being arrested, my biggest piece of advice is to go with it.  Ride it out.  If you’re playing the part of a crazy bitch, by all means, go for crazy bitchdom.  However, if you are playing the part of the simple Southern sweetheart/celebrity,  it’s probably best to avoid acting like an asshole.

You might think that going brunette was your friend after it gave you an Oscar, but according to my shaman (Steve) it’s actually been somewhat of a disaster for your career.  I mean, “This Means War” would have never happened before “Walk the Line.”  You wouldn’t have let it happen.  Once again, the brown hair is trying to fuck with you. Go back to blonde.  For your own sake.

And btw driving is never ever necessary when you’re rich.  Bye!

Ask Babe: Reinvention
A Day In The Life Of Me
When I Was In Japan Last Month....
This entry was posted in Actresses, Alcohol, I Am Culture. Bookmark the permalink.
BUY A BOOK   |  NEWSLETTER