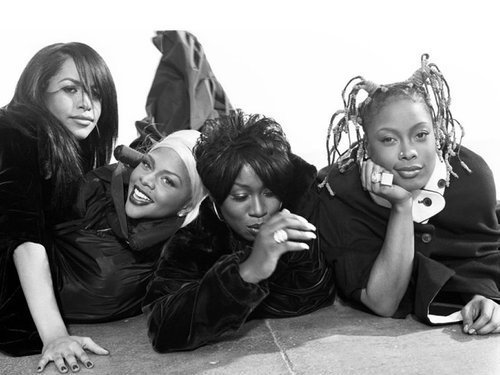 I’m considering a career in rapping. Chic or not chic?

Not chic. BUT…let’s think about this for a sec.

Correct me if I’m wrong, but there’s never really been a chic rapper. Rapping, by nature isn’t so chic. This doesn’t mean it’s not worth my attention, but chic is never the word I would use to describe hip-hop culture. Kanye tries to be chic, Jay-Z also tries, and lord know this bitch is trying to do something, but I don’t think that rapping is about being chic, nor should it be.

This weekend, I was in DC for a day because my friend throws this music festival down there every year and he wanted me to come to make it cooler so I obliged. While shoulder-dancing to Kendrick Lamar’s performance, I wondered whether or not I would consider him to be chic. Then I tried to put myself in his position. Could I be a rapper? Should I be a rapper? I tried to imagine my hip hop looks, my earring story, my sneaker game. What does ‘Babe Walker, Rapstress’ look like? She’s not chic, I’ll tell you that much. But is she still kind of amazing?

Then I hit the blunt that was being passed around my group of friends. Black out.