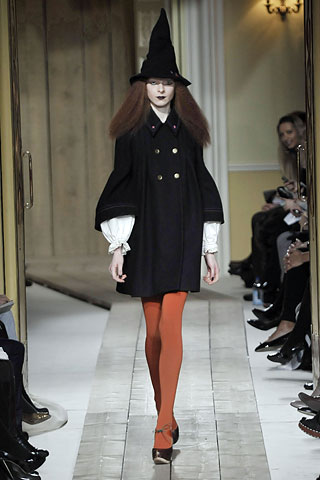 What should I be for Halloween? I’m a 22 year old female.

Picking a Halloween costume is a deeply personal and spiritual exercise (for press-hungry losers). It’s like picking your soulmate or deciding what outfit you’re going to wear to one of those weird Fashion Weeks that they have in third world countries sometimes. No one can tell you what to wear, it must come from within. And so, while I can’t tell you what to be (especially given the lackluster one sentence of personal information you’ve provided me with), I can tell you what you must certainly should avoid being.

First of all don’t listen to anyone who tells you that dressing up as an obscure cultural reference is a good idea. It isn’t. You’ll be forced to answer the question “What are you?” all night long and on Facebook for the next thirty years.

Second, make sure to avoid any costumes that have anything to do with food, unless you’re making a statement about the the dangers of refined sugar or the healing powers of green juice. This one time I was at a party where an unnamed singer wore a dress made entirely of hydrogenated Kale.

Third, remember that Halloween is not an excuse for you to dress up like a discount stripper, wear fake leather, or expose your French delicates to the disease laden parasites present at a party or (god forbid) party in Las Vegas. I’m not saying you shouldn’t show any skin, I’m just saying this holiday isn’t an excuse for you to present as trampy.