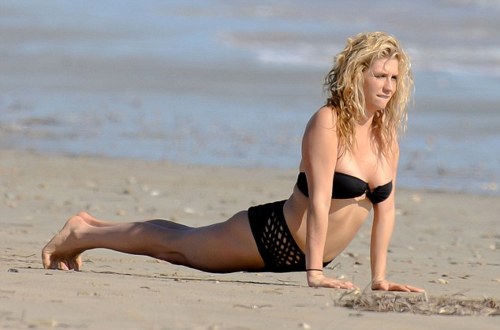 This morning, I was rudely awakened in the middle of my REM cycle (at least according to my iPhone 5s’ sleep tracker app) to the deafening sounds of construction workers banging and yelling outside my window. After ignoring my impassioned pleas to cease and desist, I took three deep cleansing yoga breaths, gave some ogre in a hard hat the finger, and decided to make the most of being up at 8am on a Saturday morning by whipping up my Sunrise Smoothie.

1 banana, cut in one inch dice

Brew each Nespresso, stirring in one Splenda per Ristretto capsule. Allow to cool for no less than five minutes. Add the coffee, the acai, the banana, and the ice into your Vitamix. With the speed on the lowest setting, stream in coconut water through the feed tube until the mixture comes together into smoothie-like form.

Chef’s Note: In order to get the full effects of this smoothie spend a minimum of 1.5 hours on the elliptical after finishing and then go immediately back to sleep.

American Thintervention
A Lesson From Kate Moss
Babe Walker's Earthquake Survival Guide
This entry was posted in Food, I Am Health, Recipes. Bookmark the permalink.
BUY A BOOK   |  NEWSLETTER