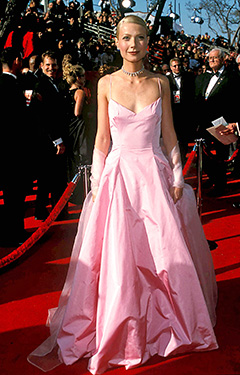 I’ve fallen in love with you. Well your craziness actually, and I think it would look totally chic if you went to prom with me. So, would you do me the favor of coming to prom with me? Don’t worry I won’t be wearing a normal tux, it’ll be a Tom Ford or Versace one. I have coke.

Wow, I can’t believe it’s already prom season. How long ago did I even graduate from high school? I could fucking puke thinking about that night. And that year.

Thanks for the invite, but I have to politely decline because of the following assumptions that I’ve decided to make about you…

C) You would think it was really funny to steal my phone and text all of my ex-boyfriends, especially Johnny Knoxville. I would get pissed, and your entire prom night would become a nightmare of finding the nearest emergency room at which to drop me off so that someone could deal with my massive panic attack.

D) You drive a Jeep.

E) Your coke is cut with a de-worming agent. I need my nose to stay my nose. It’s one of my only natural gifts that I actually wanted and I will not let one night of cutting lines of bad shit in the back of a white limo ruin it.

F) You don’t know me as well as you think and it’s always a terrible idea to bring a stranger as your date to senior prom. I made the grave mistake of bringing my pool guy’s son, ‘Nando. He looked like Benicio Del Toro if Benicio Del Toro looked like Diego Luna but he showed up to my house on a motorbike.

G) I would intimidate all of your psycho friends when I came dressed as Gwyneth in her Oscar night Ralph Lauren pepto look, because that my young reader, would be chic as fuck.

Have so much fun!

Oh! You should totally invite my bestie Gen, though. She will def go with you. Her email is genevievelarson87@gmail.com