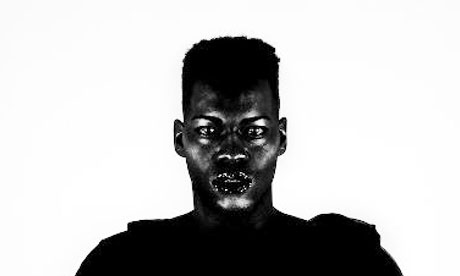 As you may or may not know, I was just in Paris for Fashion Week and it was really, really cold there. No…I mean like, so cold that you couldn’t possibly understand how truly fucking cold it was unless you were there, which you weren’t. So, moving on, my second day in Paris I went to the Rick Owens show, which was weird because I was still light-headed from the Balmain and Balenciaga shows, and half paying attention because I was pretty sure I’d forgotten to RSVP to Céline which was freaking me out, and also pretty sure I’d forgotten to eat since the Kashi Bar I had on the way to the airport.

So basically there I was, front row at Rick Owens, about to have a panic attack not only because of the Céline shit, but also because I was wearing a cloak and a helmet/mask/face-guard look that Rick himself had lent me, which looks so chic when you’re thin and bothered, but is not so comfortable when you’re on the verge of hyperventilating. And then the lights went down.

“This is the end,” I thought to myself. “You will never see that Céline pink fur coat in person, and you’re going to collapse just like that lady did on the front row at New York Fashion Week, and then you’re going to die because that’s what happens when you collapse at fashion shows. People die. Goodbye cruel world.”

And then, like a sign sent straight from heaven, the song “Ima Read” by my new obsession, Zebra Katz, started to play. It was like new life had been breathed into my soul. Instead of dying like I thought I would, I was completely reinvigorated. Smash cut to “Ima Read” being the unofficial song of Paris Fashion Week. Literally everyone from Derek Blasberg to Anna Dello Russo wouldn’t shut up about it.

If you want to get on a level, check out the below video. This song will be stuck in your head for years, and the video is super, super dark, but in the lightest way possible. Enjoy!

Ask Babe: I Wanna Be A Supermodel
Ask Babe: Advice...?
Ask Babe: YS-Hell Part 2
This entry was posted in Art, Featured Video, I Am Fashion, I Am Music. Bookmark the permalink.
BUY A BOOK   |  NEWSLETTER