An Open Letter To Rihanna “The Actress” 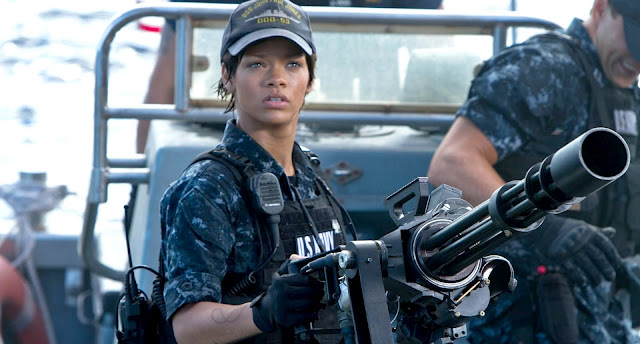 I’m sorry that your big debut flopped at the Box Office this weekend. I heard that you previously flirted with acting a few years ago in the 19th sequel to Bring it On, but let’s both pretend that that never happened.

As a closeted sci-fi freak I was initially obsessed when I saw the trailer for “Battleship”. Babe Walker is all about an “alien monster in the ocean” scenario. But the more I thought about it, and trust me I thought about that trailer way more than I care to admit, I was kind of put off by the fact that you were boarding this particular acting train.

I don’t mind a cross-over moment for a musician turned actor, or an actor turned musician, but something about seeing you in a such a huge production made me feel really sad inside. I guess what I’m trying to express is that I knew even if you were a great actress, which I’m sure you are, we would never be able to see that. I would have much rather seen you take on an edgy, small but memorable, angst-y role in a dark, independent film. Perhaps something where you play a rape-victim, or an incest survivor. A character with some real conflict. You know?

Anyway, I feel like you get what I’m saying here. And although I’m saddened by your choice to be in Battleship, I think you still have a chance to win us all over with your acting chops. Everyone deserves a second chance. Even Chris Brown.

I still think you are really tall, so not all hope is lost.

Oldspiration
Babe On Film: 8 Questions I have For "Prometheus"
Boring Is Basic Is Sad
This entry was posted in Actresses, I Am Music. Bookmark the permalink.
BUY A BOOK   |  NEWSLETTER