Babe On The Campaign Trail 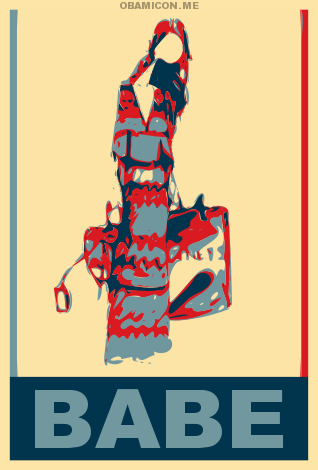 All this presidency, electiony stuff has really got me thinking about what my game plan would be if I decided to run for President. How would I go about it? What would I legalize besides pot and gay marriage? First things first, I’d need to start touring the U.S., and visit key states that love me/hate me/don’t care about me. Here’s an ideal itinerary for my U.S. presidential tour:

New York City– It’s always good to pump yourself up right out of the gates. People in NYC are obsessed with me, so I’d start there. We could just have a Met Gala-esque party in my honor where everyone would look chic and have fun.

Boston – People in Boston love me too, so I’d stop by to say “Hi,” and inform them that, if elected President, I’d implement a free accent elimination program for all citizens of the Northeast. Then I’d go to Martha’s Vineyard for a week.

Pennsylvania – Once I’m finished relaxing on the vineyard, I’d head over to Pennsylvania. I guess I’d go to Philadelphia? Where is that LOVE statue thing? I’d want to see that for sure. Additionally, I’d organize a huge, outdoor screening of Philadelphia. Everyone would watch it, cry, and feel super emotional. Then I’d say a few sweet words about Tom Hanks and gay marriage and everyone would cry some more and then hug. Then I’d get the fuck out of there.

Ohio – Ohio weirds me out, but I know it’s like a really major state to win over if you’re going to be President, so I’d hire a charter plane with a pilot and have him fly me over all the major cities with a megaphone that I’d use to point out people and publicly compliment them in a very sincere way. I feel like Ohioans need/would appreciate someone telling them that their hair looks amazing, or that their dress is much more flattering in person.

Chicago – I love Chicagoans, despite the fact that their diets are pretty much the equivalent of a child’s birthday party. Last I checked, hamburgers, hot dogs and deep dish pizza was reallllllllly bad for you, but whatever. I would have a huge party in Chicago and invite the Obamas and a lot of hot, midwestern guys. Everyone would drink beer and eat all that disgusting food while I’d eat a salad and try not to vom, but I think it would show that I’m great at compromising. Then I’d go shopping on Michigan Avenue.

St. Barths – OK, I know this isn’t in the U.S., but all this travel is exhausting, so I’d need a week to recuperate. This is me living my life. Deal with it.

Florida – Florida kind of scares me too. Mostly because I’m not comfortable with the thought of any city named “Tampa.” So I’d probably avoid that altogether and just hang in Palm Beach/Miami/South Beach. All these cities are very culture rich, and South Beach is basically the riviera of the United States, so I think people would be really responsive to my presence/message.

Georgia – Real Housewives of Atlanta is my fave, and southern girls are obsessed with me, so Georgia is a MUST. I’m sure it would be boiling hot, so I’d probably have an “Iced Tea Party,” where everyone could come and drink iced tea and talk about their issues.