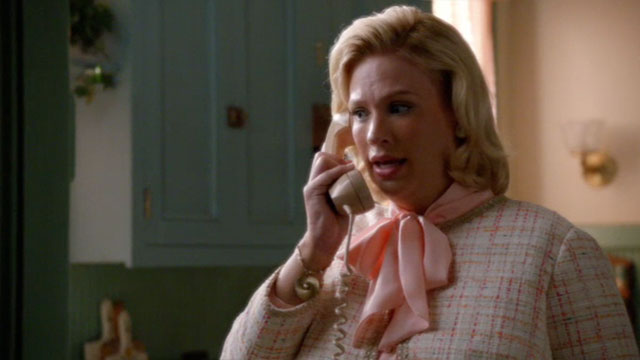 Last night I was at a dinner party being thrown by my best gay Roman. The dinner was in honor of this Korean artist who builds entire miniature cities out of Kimchi. It was truly horrifying to see the artist’s work, but I did have a very interesting conversation with him about one of my favorite animated television series from when I was a young child, “The Adventures of the Gummi Bears.”

Anyway, I digress. All night long people were whispering about how pissed they were that Roman had scheduled this dinner on the same night as the season finale of Mad Men. Obviously I’ve been living under a rock because to be honest, I didn’t even know that Mad Men was back on TV. I was intrigued, and when I got home I realized that my DVR had automatically recorded the whole season for me without me even realizing.

I watched the entire season over the past 22 hours. All I can really say is that the creator of the show, Matthew Weiner, must really fucking hate January Jones. I mean he must hate her fucking guts so much. What the hell must she have done to him? He made her spend all those months in a fat suit. So scary. She must have fucked his dad or his brother. Are people as enraged as I am about this whole thing?