Fear And Loathing In Las Babe-as 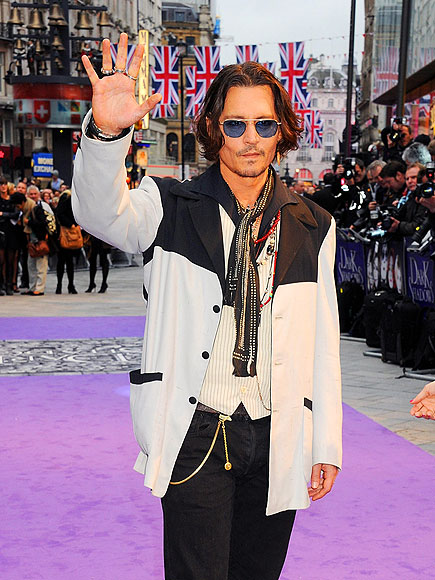 So apparently Johnny Depp and Vanessa Paradis have split. It took me a few days to stop hyperventilating every time I remembered that. Not because I care that much about their relationship. Splits happen. (Besides, the only interesting thing their union produced was Lily Rose, who’s a fabulous little bitch and I hope she and Apple Martin get married in 20 years). This just means that both Johnny and Winona are single at the same time, and crazy at the same time, and working with Tim Burton  on different projects at the same time, and it’s freaking me out.

Don’t you dare get back together.

I can’t handle it.

It would be a disaster.

Johnny, you moved to LA, you’re wearing non-chic Vivienne Westwood collection, you’re bloated and puffy and you look like you live on a cruise. Apparently your private island is in shambles, your new best friend is Marilyn Manson? And I heard a manicurist saying that you slept with your publicist’s hairstylist. I don’t care if it’s true or not, the sad part is that I even heard it in the first place. Let’s be real for like one second – your relationship with that creepy-gorgeous French model/singer was the only thing keeping you from being a complete shitshow.  Now Vanessa’s probably going to marry some Prime Minister of something and you will still look like a pot dealer. Not even a coke dealer. A pot dealer.

Look, it doesn’t have to be totally over between us. I’ll never be in love with you,  but I want to love you. Before I can feel safe doing so, you have to do a few things for me. Get in touch with whatever miracle worker helped Leo detox and gave him that amazing facial. (But don’t you DARE use that as an excuse to get Blake Lively’s number. She is poison).  Take off all of those necklaces, earrings, regular rings, dreamcatchers, voodoo dolls and windchimes.  Get out of the sun before you turn into a  leathery migrant worker, and for fuck’s sake get the Lone Ranger budget under control.

And stay the hell away from Winona.