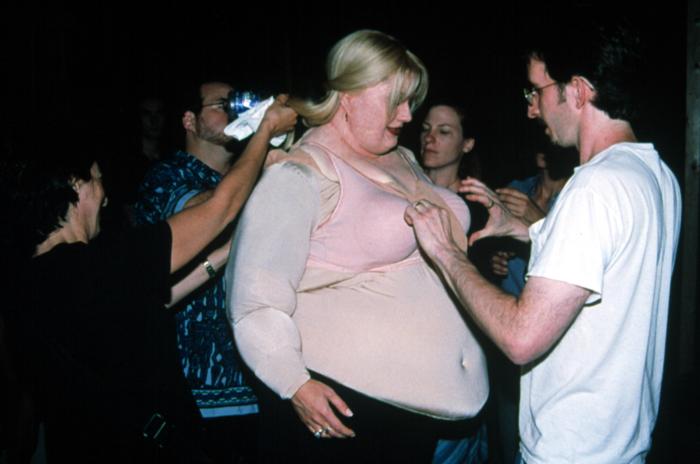 I know that you’re obsessed with Gwyneth Paltrow, so I have to ask what your thoughts were about her performance in Shallow Hal…I feel like that was not chic?

While I personally have never seen that movie, due to the fact that I have an adverse reaction to celebrities wearing fat suits, my understanding is that GP gave a harrowing, gut-wrenching and deep performance that honestly represented the struggles that morbidly obese people face every day of their sad, fat lives. Few people realize that Shallow Hal inspired the film Precious: Based On The Novel Push By Sapphire. It could be argued that Gwyneth was Gabourey before Gabourey was Gabourey. So in a way, Gwyneth put herself out there in an epic fashion and was robbed. Robbed of an Oscar, robbed of a Golden Globe, and robbed of her dignity. Is it art? Yes. Do I respect her? Absolutely. Do I love her? Without question. Would I marry her if she became a lesbian and fell in love with me? For sure. Is it chic? Nunca.