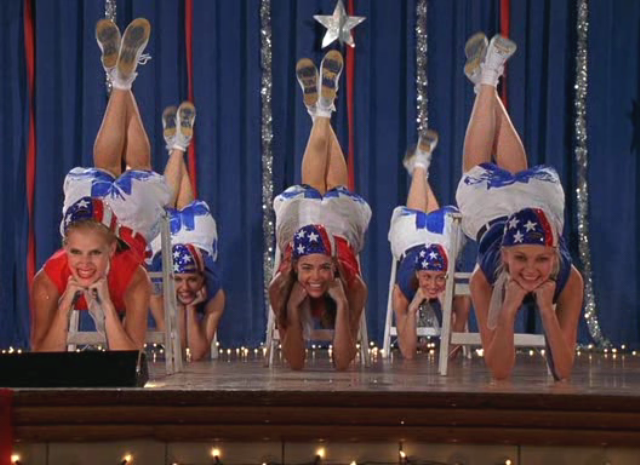 Most of my formative movie experiences happened either when I was six or less than six months ago.  But “Drop Dead Gorgeous” happened somewhere in between. I saw this movie when I was 13 and still hadn’t had my labiaplasty, lost my virginity, or gotten my shit together in any capacity. The film centers around a beauty pageant in Minnesota among a group of high school girls who get so competitive that a series of suspicious accidents/murders start eliminating them one by one. No matter how worried I was about the shitshow that was my life, I would never have to worry about living in a trailer or proving myself through tap dance, like Kirsten Dunst’s character.

Babe on Film: Unzipped
Scary Movie (Faces)
Sunday Prayers With Babe Walker
This entry was posted in I Am Film, Movies. Bookmark the permalink.
BUY A BOOK   |  NEWSLETTER