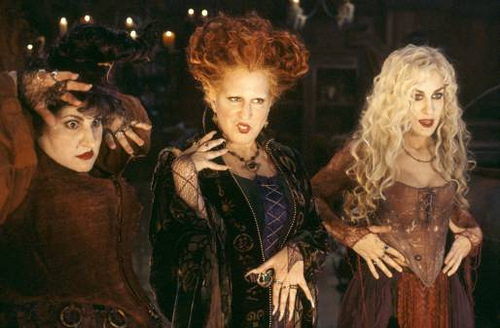 Until now I’ve been ignoring your Halloween emails. I’ll be honest–it’s been a rough October. My astrologist said I was supposed to meet the love of my life this month, and unless that meant I would meet and get married to this new bottled water I’m obsessed with, I’m both not clear on her forecast, and very clear on her being fired from my spiritual team. Anyways, tonight is Halloween, and I’m sure some of you are going to go out dressed as common street walkers and try to fuck a DJ or two, so here are a bunch of Do’s and one Don’t to help you navigate the evening:

Don’t: Take MDMA. Seriously. One of my friends took some over the weekend and I think it was laced with meth or something because she ended up having the shakes and the sweats for 2 days straight, and the whole experience ended with her shaving her head, à la Britney Spears. She looks really chic now, but still. Not worth it.

Do: Take mushrooms or smoke weed. Low-cal, organic, and from the earth.

Do: Car service, cab, horse and carriage, Über, walk, or get your bodyguard to carry you from party to party. Whatever you do, don’t drive. DUI’s haven’t been chic since 2008.

Do: Not trust anyone wearing one of those furry animal hats, or a teeny top hat, or any hat really.

Do: Remember: Just because you are a slut doesn’t mean you have to dress like one.

Do: Skip all the Halloween parties and host a séance instead. Try to get in touch with the following spirits:

Do: Email me if you make contact with any of the aforementioned deadsies.

Do: Watch Rosemary’s Baby and allow Mia Farrow to take you on the thinspiration journey of your dreams.

Do: Remember that, if you’ve sent a guy 39 text messages and he hasn’t responded, it’s totally logical and normal to assume he’s dead and contact his parents or other close relatives to send your condolences/figure out what the fuck his problem is.

Babe Walker's Guide To The Fourth Of July
You're A Bitch, Mother Nature
Ask Babe: Playing Favorites
This entry was posted in Holidays, Lifestyle, marijuana. Bookmark the permalink.
BUY A BOOK   |  NEWSLETTER