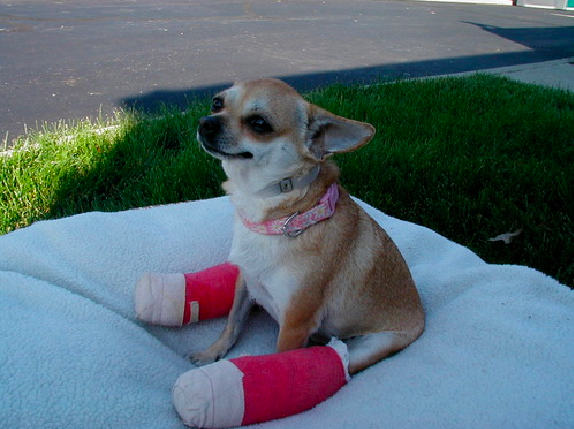 I was leaving a friend’s house in WeHo yesterday and I kinda backed over her dog. His name (yes this is a boy dog) is Frank. He identifies as a female so we call him Frankie. Hence all the pink!

Anyway, he/she was standing right next to my car and he usually gets out of the way in time, but I did acidentally break both of his back legs with my Range. Apparently this is the second time this has happened to Frankie. The first time he was run over by Brian Austin Green, which if you ask me is way worse than geting run over by me.

Frankie is fine. Frankie will live. Frankie loves his chic little fucking pink casts. I sense that he is secretly thanking me for all of the attention that this little incident has brought to him. But pray for him nonetheless.